Guangxi, officially the Guangxi Zhuang Autonomous Region, located in South China and bordering Vietnam and the Gulf of Tonkin (or the Beibu Gulf). Formerly a province, Guangxi became an autonomous region in 1958. Its capital city is Nanning. Guangxi has a population of about 56 million in 2020, including over 20 million ethnic minorities. It tops in Chinese provincial-level regions in terms of minority population.

According to the latest data released in January 2021, Guangxi's GDP in 2020 was 2.2 trillion yuan (321.23 billion US dollars) with an annual growth of 3.7%. It accounted for 2.18% of the nation's total GDP and ranked 19 out of China's 31 mainland provinces. In 2019, Guangxi's utilized FDI reached USD 1.1 billion, representing a 119% increase from the amount a year before, and it was the second largest amount since 2010 (the largest amount was US$ 1.7 billion in 2015). The industrial sector accounted for 75% of the total FDI. Guangxi encourages foreign investment in primary industry, new high technology, construction materials, agricultural development and technology upgrading for existing production enterprises. It is also determined to capitalize on its geographic advantage to develop into a trade and logistic center especially serving the China‑ASEAN Free Trade Area (CAFTA).

Invited by the Guangxi provincial government, AmCham China is pleased to announce that we will co-lead an international business delegation jointly with AustCham China to Nanning in November 2021 to explore potential business opportunities and investment environment in Guangxi.

﻿Highlights of the trip:

*Nov 22-23 as a tentative date; final trip date is subject to change.

*Participants to arrange their own transportation and accommodation. 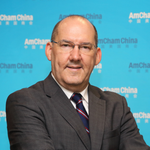