Fu Ying started her career with China’s Ministry of Foreign Affairs (MFA) in 1978 and had long engaged in Asian affairs. She served successively as Director of Division and Counselor in Asian Affairs Department of MFA. In 1992 She joined UN peacekeeping mission in Cambodia. She was appointed Minister Counselor at Chinese Embassy in Indonesia in 1997, Chinese Ambassador to the Philippines in 1998, and Director General of Asian Department of MFA in 2000. She then was appointed Ambassador to Australia (2004-2007), and Ambassador to the United Kingdom (2007-2009). She served as Vice Minister of Foreign Affairs for European Affairs and then for Asian Affairs (2009-2013). 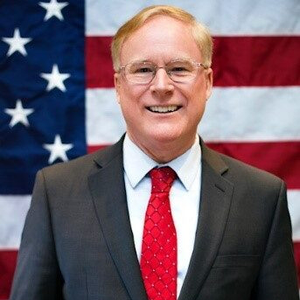 Chargé Forden is one of the U.S. State Department’s most experienced China specialists. He served twice previously in U.S. Embassy Beijing (1995-1998 and 2007-2011) and was Deputy Director and Political Chief of the Department of State’s Office of Chinese and Mongolian Affairs (2005-2007). He was also Deputy Director of the American Institute in Taiwan (AIT) (2015-2018) in Taipei, and headed AIT’s Kaohsiung Branch Office (2002-2005). Chargé Forden’s other assignments include serving as Economic Officer at the U.S. Embassies in Tel Aviv and Hanoi. His background in China started early; he taught English at universities in Shenyang and Beijing from 1981 to 1983.

Chargé Forden has a B.A. in Politics from the University of California and did his postgraduate work in International Trade and Asian Diplomatic History at the Fletcher School of Law & Diplomacy. His foreign languages are Mandarin Chinese and Vietnamese.

He is from Southern California and is married to Hui-chuan (Jasmine) Chi, an American originally from Taiwan. They have two grown daughters and a son. Tim Stratford is Chairman Emeritus at AmCham China and Managing Partner in Covington & Burling LLP’s Beijing office and a member of the International Trade, Corporate and Government Affairs Practice Groups. Mr. Stratford’s practice is focused on advising international clients doing business in China and assisting Chinese companies seeking to expand their businesses globally. As a former Assistant U.S. Trade Representative, Mr. Stratford is the most senior former U.S. trade official working as a member of the U.S. business community in China. Except for the five years he spent in Washington, D.C. in government service (2005-2010), Mr. Stratford has lived and worked continuously in the greater China region since 1982. Mr. Vallina joined ExxonMobil Chemical in 1987. He has held a wide range of management positions in sales, marketing, technology, planning and supply chain and lived in North America, Europe, the Middle East and Asia.

Mr. Vallina is currently a member of the Board of the Association of International Chemical Manufacturers (AICM), and the Executive Board of the Multinational Companies’ Committee of China Petroleum and Chemical Industry Federation (CPCIF).

Born in Spain, Fernando Vallina is a graduate of the Autonomous University of Madrid, where he earned a Bachelor of Science degree in chemistry. He also holds a Master of Business Administration degree from Instituto de Empresa (IE), Spain. Prior to Dell, Bing served at senior management positions of Government affairs at GE, Novartis and other MNCs. Bing was the Deputy Director of Bo’ao Forum for Asia (BFA) and is an expert on Asian Economic Integration. Bing has also served at MOFCOM for a long period of time.

Bing earned his master degree at University of International Business and Economics and bachelor degree at Wuhan University. Shauna Huang serves as the chief liaison between Universal China and the Chinese government in relation to Universal Picture’s businesses in China. She also leads public relations strategy, overseeing and integrating the company’s public engagement strategy with key stakeholders in China.

Prior to joining NBCUniversal, Shauna Huang was the Corporate Affairs Vice President of Alcoa Asia Pacific and Board Director of Alcoa Foundation from 2007 to 2019. She had worked with Ford Motor China and assumed the role of Government Relations Director during 1999 to 2007. Shauna brings a wealth of experience working with multinational companies, and experience in China's leading international trading companies. VP of PA at Mars

Prior to joining Mars, Min worked with Fonterra and McKinsey, building and leading their external affairs function in Greater China.

Min holds a Master of Philosophy from Cambridge University and a BA from Foreign Affairs College in China. She was nominated a “Young Global Leader” by the World Economic Forum in 2006. 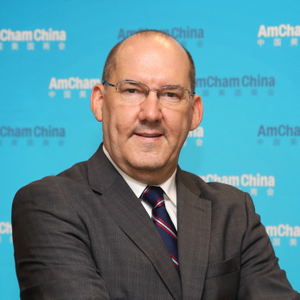 Prof. Dr. HUANG Jing is University Professor and Dean (Academic Affairs) of the Institute of International and Regional Studies at Beijing Language and Culture University (BLCU). Before joining BLCU, Prof. Huang was the Lee Foundation Professor on US-China Relations and Director of Centre on Asia and Globalization of the LKY School of Public Policy at National University of Singapore (2008-2018), Senior Fellow at the Brookings Institution (2004-2008), Shorenstein Fellow at Stanford University (2002-2003), and Associate Professor (tenured) of Political Science and Director of the Asian Studies Program at Utah State University (1994-2004). Prof. Huang also taught at Harvard University as an instructor in 1993-94. Prof Huang is a Richard von Weizsäcker Fellow at Bosch Academy in Germany since 2013.

Prof. Huang’s main research and teaching interests include security in Asia-Pacific, US-China relations, major power relations, Chinese elite politics, China's foreign policy and its development strategy. He is the author of numerous papers and journal articles, and has published hundreds of columns and op-eds in major newspapers and magazines. Prof. Huang has authored two books: Factionalism in Chinese Communist Politics (Cambridge University Press, 2000), which won the prestigious Masayoshi Ohira Memorial Prize, and Inseparable Separation: the Making of China's Taiwan Policy (World Scientific Press, 2010). He edited or co-edited seven volumes on South China Sea, the environment policies of Asian countries, and the development of Russia’s Far East and Siberia. As an internationally renowned scholar, Prof. Huang has provided policy advices for governments, NGOs, educational institutions, think tanks, and businesses for countries in Asia, America and Europe, including China, the United States, Russia, Japan, India, South Korea, Norway, Germany, Vietnam, Australia, Malaysia and Singapore. Prof. Huang is Richard von Weizsäcker Fellow at Bosch Academy (2013 – present) in Germany, and serves on board of several companies and foundations in and outside China. Jerry Guo is Vice President of Qualcomm, responsible for the company’s government affairs function in China.

Before his in-house capacity, he was leading the public affairs and investment practice for IT/Telecom of APCO China, the subsidiary of the Washington DC based consultancy that provides public affairs, communication and crisis management services to MNCs. 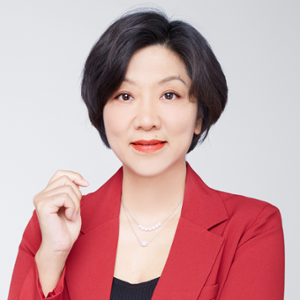 Joanna Mao joined the United States Information Technology Office (USITO) in September 2015 serving as its Deputy Managing Director. Prior to that, Joanna was employed with Lenovo, Intel, A.P. Muller. Maersk, Microsoft and Ogilvy & Mather. She has 17 years of marketing, communication and partner management experience in the information technology sector, and while serving as spokeswoman, oversaw government affairs in North Asia. Joanna was once in investment banking, providing counseling for Chinese companies seeking overseas listings while serving for ING Baring. Anita Wei is the Vice President of Government Affairs in Danaher China and a member of Danaher China Management Board. She reports to Executive VP Legal in Danaher Headquarters in Washington D.C.

Anita is taking the lead in developing and maintaining central and local government relations, managing cooperation programs with government, enhancing Danaher corporate branding in China. She also responsible for policy monitoring and analysis, evidence-based value access as well as industry alliance for
policy shaping. She and her team are currently mainly responsible for supporting all Operation Companies (OpCos) across four platforms within Danaher.

Anita serves as the Vice Chair of AmCham Shanghai Healthcare Committee and is actively involved in industry-related affairs.

Prior to joining Danaher, Anita was the Vice President Public Affairs and Communications for BD Greater China. She was responsible for four teams, including public relations and corporate communications, health economics and value access, policy research and industry advocacy, and central government cooperation.

Prior to that, she also worked for Novartis Pharma as Head of Communications for Greater China. Albert Xie is Vice President, Public Policy and Government Relations at General Motors, China, with over 30-year working experience in the academia in China and foreign companies, and good understanding of the Chinese and Western cultures.

Albert holds a Bachelor of Science degree from the Beijing Aeronautical Institute, and a Master’s degree in business administration from the China Program of City University in Seattle, Washington.

Before joining the corporate world, Albert had an 11-year career in the academia in China, teaching aviation engines and aircraft maintenance at the Civil Aviation University of China. Prior to General Motors, Albert worked for General Electric (GE) in China for 17 years, serving major leadership responsibilities covering sales and marketing, and government affairs, and most recently served as General Manager, China Government Affairs, GE Aviation.