AmCham China is happy to host Scott Kennedy for an exclusive briefing to share his observations on the US-China relationship, state of the economy, and where things may be headed. This is a unique opportunity to hear from one of the world's leading China experts on the mood in Washington, what he learned during recent travels to other places in Asia, and what he is hearing during his current visit to China.

Scott Kennedy is senior adviser and Trustee Chair in Chinese Business and Economics at the Center for Strategic and International Studies (CSIS). A leading authority on Chinese economic policy, Kennedy has been traveling to China for over 30 years. His specific areas of expertise include industrial policy, technology innovation, business lobbying, U.S.-China commercial relations, and global governance.

Scott will also be on a panel on Sept. 29th at our Tech and Innovation Summit discussing the "Future of AI and Digital Transformation in China." 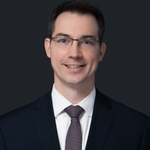 4:05 PM - 4:30 PM
Mr. Kennedy briefs members on state of the US-China relationship, how others in the APAC region are handling COVID and their geopolitical aims, and what companies can do to plan during uncertain times. Michael Hart is President of the American Chamber of Commerce in China based in Beijing. He has over twenty-five years of business experience in Asia, including nineteen years in mainland China.

As President, Michael oversees all advocacy, programs, partnerships, and insights provided by the Chamber to support the business growth of nearly 900 foreign corporations operating in China, including most of the U.S. Fortune 500. The chamber’s advocacy includes the impressive American Business in China White Paper and Business Climate Survey each published annually as well as numerous interactions with both the US and Chinese governments on behalf of our members.

Prior to joining AmCham China, Michael spent most of his career in commercial real estate in Taipei, Shanghai, and Tianjin including almost 20 years for a NYSE listed property services firm. He started in the research division briefing real estate owners, occupiers, and investors on transactions and macro trends, he then opened, built, and led a branch office for the company in one of China’s largest Tier 1.5 cities for over a decade. Following this, Michael opened a private consulting and investment firm that among other projects invested in quick service restaurants.

In addition to this work, Michael was a long-term AmCham member and served on the Tianjin chapter’s Executive Committee for nearly 15 years including several terms as the local Chairman.

Michael holds a Bachelor’s degree in Business Administration with a focus on finance and banking from the University of Missouri-Columbia in the U.S. He is a fluent speaker of Mandarin Chinese. Michael was born and raised near Kansas City, Missouri.

Scott Kennedy is senior adviser and Trustee Chair in Chinese Business and Economics at the Center for Strategic and International Studies (CSIS). A leading authority on Chinese economic policy, Kennedy has been traveling to China for over 30 years. His specific areas of expertise include industrial policy, technology innovation, business lobbying, U.S.-China commercial relations, and global governance. He is the editor of China’s Uneven High-Tech Drive: Implications for the United States (CSIS, February 2020) and (with Jude Blanchette) Chinese State Capitalism: Diagnosis and Prognosis (CSIS, October 2021) and the author of The State and the State of the Art on Philanthropy in China (Voluntas, August 2019), China’s Risky Drive into New-Energy Vehicles (CSIS, November 2018), The Fat Tech Dragon: Benchmarking China’s Innovation Drive (CSIS, August 2017), and The Business of Lobbying in China (Harvard University Press, 2005). He has edited three books, including Global Governance and China: The Dragon’s Learning Curve (Routledge, 2018). His articles have appeared in a wide array of policy, popular, and academic venues, including the New York Times, Wall Street Journal, Foreign Affairs, Foreign Policy, and China Quarterly. He is currently finishing a report, Beyond Decoupling: Maintaining America’s Hi-Tech Advantages over China (CSIS, forthcoming Spring 2022). From 2000 to 2014, Kennedy was a professor at Indiana University (IU), where he established the Research Center for Chinese Politics & Business and was the founding academic director of IU’s China Office. Kennedy received his PhD in political science from George Washington University, his MA in China studies from the Johns Hopkins School of Advanced International Studies, and his BA from the University of Virginia.

This event is for Policy+ subscribers only. If you are not a subscriber, please email membership@amchamchina.org to learn more.