Mark heads the firm's Asia-Pacific region regulatory practice. His practice covers the full range of commercial and regulatory work in technology and telecoms, and in other business sectors that depend on technology as an infrastructure to generate business and to manage operations.

Mark is known for delivering pragmatic, holistic advice, and has a strong awareness of international practices and a focus on business value. His particular areas of specialization include technology and business process outsourcing; technology, electronic and mobile payments; media and data licensing; telecommunications service arrangements; supply chain and procurement; e-commerce and m-commerce; brand licensing; and distribution arrangements; and the acquisition and exploitation of intellectual property and information technology assets.

Mark is also one of Asia-Pacific region's leading legal advisors on commercial and regulatory work in the fintech space. He is extremely well experienced in advising on telecommunications, data protection and cyber security regulations, and is the first port of call for clients to help them navigate through the complex regulatory issues of the constantly changing technology environment.

Mark serves as a member of the Hong Kong Privacy Commissioner for Personal Data's Standing Committee on Technological Developments. Kenneth Zhou served as AmCham China Board of Governor and is a partner in Wilmer Cutler Pickering Hale and Dorr LLP's Asia Corporate Practice Group. He joined the firm in 2004.

Prior to joining the firm, Zhou was a corporate attorney and a member of the China Practice Group at Paul Weiss Rifkind Wharton & Garrison LLP, where he worked in New York, Hong Kong, and Beijing.

Before Paul Weiss, Zhou participated in the establishment of AllBright Law Offices, a leading law firm in China. He also served as general counsel of Shanghai Alliance Investment Limited, the investment arm of the Shanghai Municipal Government.

Zhou also served as former General Counsel of the American Chamber of Commerce in the People’s Republic of China. Yan Luo advises clients on a broad range of regulatory matters in connection with data privacy and cybersecurity, antitrust and competition, as well as international trade laws in the United States, EU, and China.

Ms. Luo has significant experience assisting multinational companies navigating the rapidly-evolving Chinese cybersecurity and data privacy rules. Her work includes high-stakes compliance advice on strategic issues such as data localization and cross border data transfer, as well as data protection advice in the context of strategic transactions. She also advises leading Chinese technology companies on global data governance issues and on compliance matters in major jurisdictions such as the European Union and the United States.

Ms. Luo regularly contributes to the development of data privacy and cybersecurity rules and standards in China. She chairs Covington’s membership in two working groups of China's National Information Security Standardization Technical Committee (“TC260”), and serves as an expert in China’s standard-setting group for Artificial Intelligence and Ethics.

Ms. Luo is named as Global Data Review’s “40 under 40” in 2018 and is frequently quoted by leading media outlets including the Wall Street Journal and the Financial Times.

Prior to joining the firm, Ms. Luo completed an internship with the Office of International Affairs of the U.S. Federal Trade Commission in Washington, DC. Her experiences in Brussels include representing major Chinese companies in trade, competition and public procurement matters before the European Commission and national authorities in EU Member States. Sajai is the Co-Chair of the Firm’s Corporate Practice. His practice focuses primarily on Mergers, Acquisitions, Joint Ventures, strategic alliances, restructurings and financings (whether debt or equity), with particular emphasis on cross- border transactions.

Sajai is the Chair of the International Bar Association (IBA) Technology Law Committee.

He is an acclaimed transactional lawyer with more than 28 years of experience representing a wide variety of industries, businesses and sectors funnel investments into India. This wealth of experience means that he understands the issues that arise in major transactions and can provide solutions to resolve these issues; providing advice that goes well beyond legal and contractual matters, and into the technical and commercial
heart of the success of the transaction.

In terms of sectors, Sajai maintains an active practice in the Knowledge based industries sectors. He is known as a pioneering lawyer supporting the development of the Information Technology sector in India.

He regularly publishes and speaks on a variety of legal, regulatory and transaction related topics, specially focused on cross-border trade.

Sajai is passionate about education, and regularly conducts client education seminars, executive education programs and boot campus for young lawyers. The Cyberspace Camp ™ program is one such program he has patronized and promoted in several developing nations. Sajai is the Past President of ITechLaw, the International Technology Lawyers Association, headquartered in the US. This is a first for any Asian. 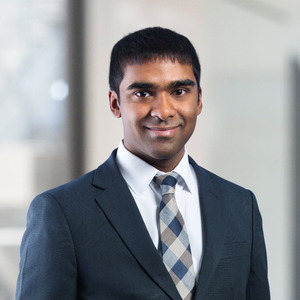 Ashwin Kaja is the incoming General Counsel of the American Chamber of Commerce in China. Outside of AmCham China, he serves as a Special Counsel on the global policy team of the international law firm Covington & Burling in Beijing, where he advises multinational companies, organizations, and governments on complex legal and policy issues relating to China, technology, trade, and investment. He is also a certified CIPP/US data privacy professional and has counseled a range of clients on data protection matters.

Prior to joining Covington, Ashwin advised foreign universities and other clients on their collaborations in China at another international law firm, Hogan Lovells, and taught courses on international law, negotiation, and entrepreneurship at Renmin University of China, Beijing Foreign Studies University, Jindal Global University (India), and the American University in Cairo. 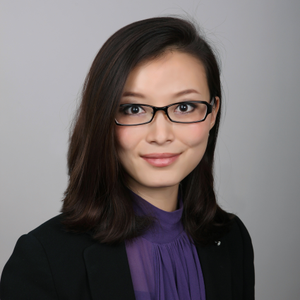 Tingting Liu is a counsel at WilmerHale and a corporate lawyer with substantial experience handling outbound and inbound transactions, as well as regulatory matters, for a variety of Chinese and international clients. She represents major Chinese state-owned enterprises in acquisitions in the US and Europe and counsels multinationals and startups in their strategic expansion in China. She also advises foreign companies and trade associations on regulatory issues including data privacy, antitrust, FCPA compliance, licensing and registration, and trade and investment regulations. Ms. Liu is also experienced in advising foreign non-governmental organizations in establishing a presence and conducting activities in China. Nicolas Bahmanyar is a Senior Associate in the Cybersecurity & Data Privacy practice in LEAF Beijing office. Nicolas advises clients regarding a wide range of global data privacy and security issues.
He advises companies on navigating and complying with regional and international privacy regulations, including with regard to global data transfers, data breach notification, the EU General Data Protection Regulation (GDPR), the PRC Cybersecurity Law, and more.

He also advises on R&D issues, such as cross-border data processing, and on issues concerning mobile privacy and emerging technologies, such as mobile operating system, Internet of Things, and distributed ledger technology.